This Friday, June 3, a young team of cinema fanatics will breath life onto the wall of a plain building in the centre of the city, as Vienna’s largest free outdoor cinema event, Kino am Naschmarkt, takes place.

Last year, the open air cinema debuted, drawing over 1.500 people to enjoy the summery evening on the Naschmarkt car park. Living room furniture is set up, headsets are handed out and a film is projected onto a large white facade of a neighbouring building.
We sat down with Filiz and Felix, two of the 15 brains behind Kino am Naschmarkt and its society, pan, to talk about how the thing grew so big, so quickly. And we also try to uncover the secret, mysterious film that will be screening this time around. 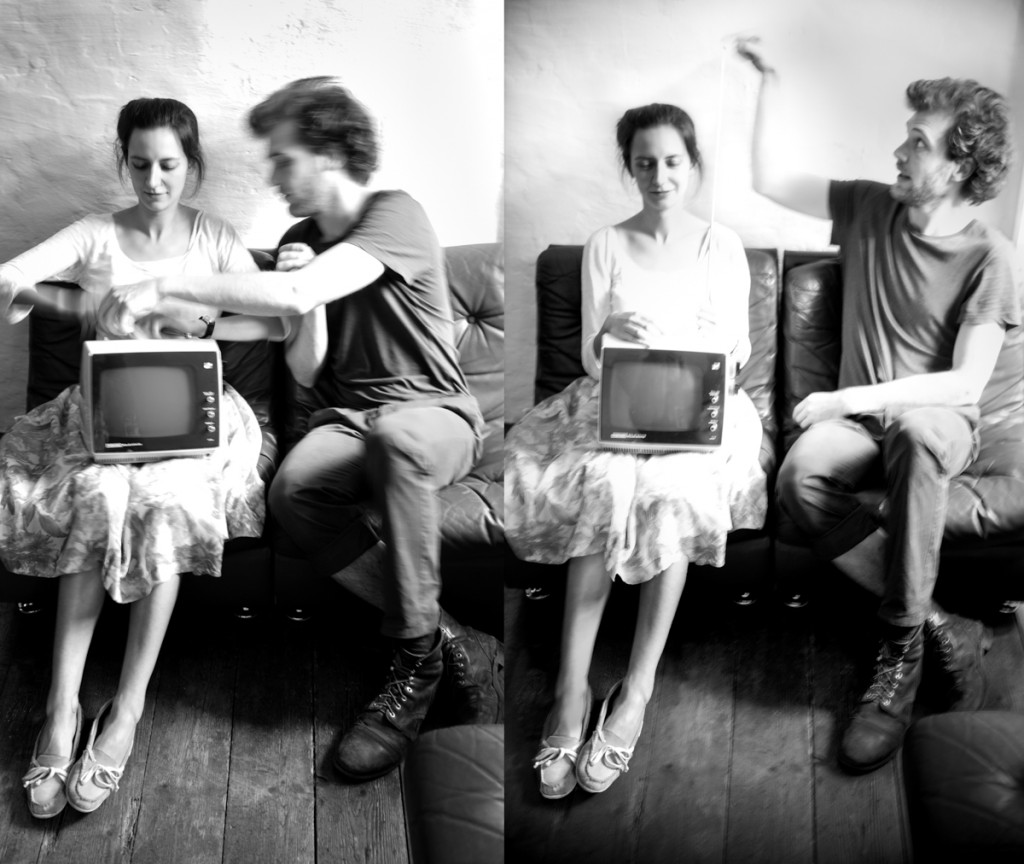 Vienna Würstelstand: Guys, how did all of this start?
Felix: I basically live next to the parking lot on Naschmarkt, and whenever I walked home from uni at night, I thought that this huge space isn’t really doing anything. So I started imagining parties with friends, pillow fights, just stuff you can do to breathe life into this enormous space. So I wrote to the company projecting advertising on that big-ass facade, and they were interested in doing something.
Filiz: We figured that screening a movie would be cool, so I put up a Facebook event for it. We didn’t even have a movie to show then, but in 12 hours, over 1.000 people had registered that they’ll turn up, and after two days we had 10,000 registrations. In the end, over 22,000 people wanted to attend. So we were a bit shocked by the impact the idea had.

VW: How long did the setup take?
Felix: We had less than 3 months, which was pure horror, especially when dealing with the appropriate magistrates. All deadlines had already passed.
Filiz: And we didn’t even have a license to showcase the movie up until one week before the event.

VW: One question comes to mind: When one has to jump through so many hoops, why don’t you do more than one event?
Felix: It’s a one-night only thing because we’re not really a cinema. There are a lot of open-air cinemas, so we don’t have to fill that niche. But our idea is that we turn this space into a huge living room. That’s why we told our users to bring their furniture. Plus, we don’t have a program you can scan through, but you come to us because you want to enjoy the experience rather than a specific film.

VW: Does pan do anything else other than Kino am Naschmarkt?
Filiz: Yes, we’re currently working on another project called Kino im Abseits. With that we’re bringing cinema to random locations that have an underground groove – backyards, underground carparks, places like that. It’s actually like an antagonist to events like Kino am Naschmarkt where the crowd is huge. With Kino im Abseits, the audience is bound to be small, and the setting is very intimate. For example, at one of our past event we screened the very first movies ever shot in Vienna – all silent films – while a DJ played techno music.

VW: Talking about sound, how does it work with the sound this Friday. It’s a silent cinema event, right?
Felix: We’ve rented 750 of headsets from Silent Disco Austria. They are wireless, but you can always bring your own headphones to plug them in with your neighbour’s. This acts as another great way of finding new friends. 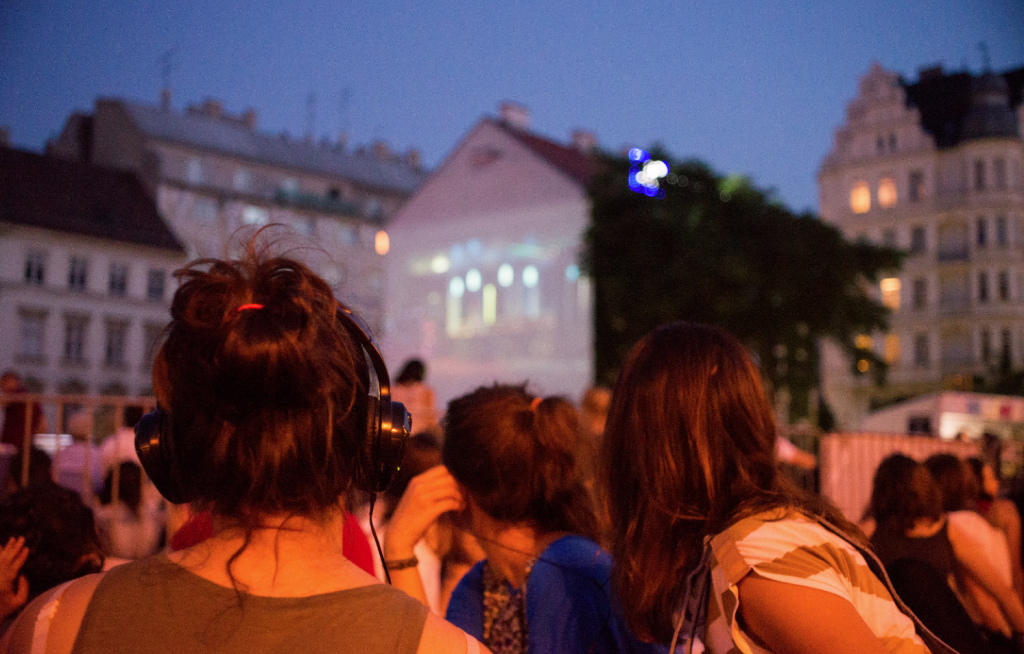 VW: And while we know that you won’t tell us which movie you’ll be screening this time, can you give us and our readers a hint?
Filiz: Well, there will be three supporting movies – the winners of our shortfilm festival, onetake. Plus another short film by Vienna Independent Shorts. The main movie is in German, but other languages are spoken as well. Especially English with a funny accent. And the movie is in colour.
Felix: And I think the movie fits the setting perfectly. It’s about people reclaiming the city. And the director of the film loves our project. Hints enough?